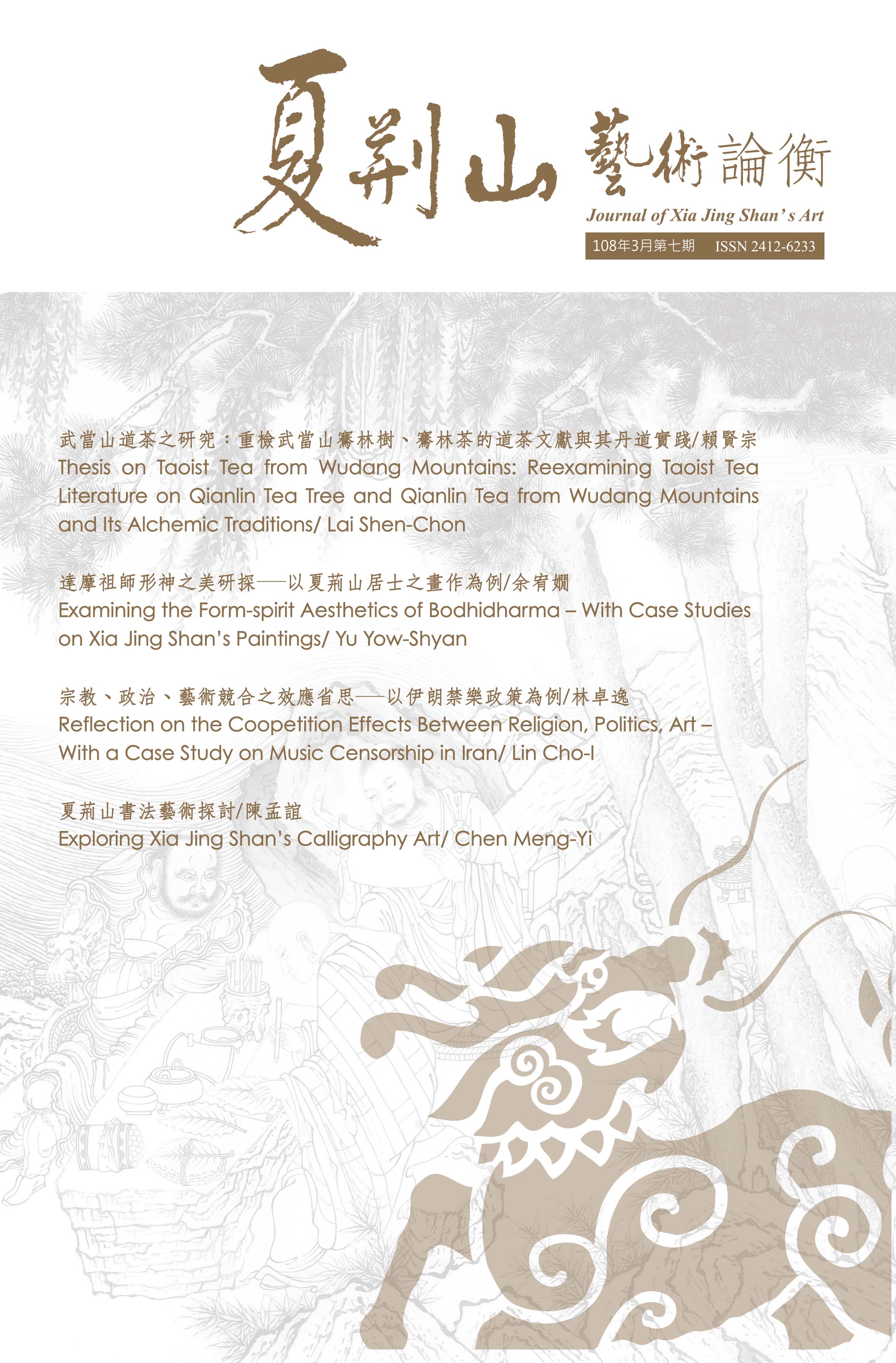 Xia Jing Shan went into a 10-month seclusion retreat in 1988, and he was painting a portrait of Avalokiteśvara one day when he gained enlightened insight on Buddhist portraiture. He then made it his mission for the remainder of his life to devote specifically to the art form, with the intention of benefiting the general masses. He has since been making art diligently, striving to create Buddhist portraits that are refined and sophisticated, and the continual dedication has brought him to reach the pinnacle of success. The objective of Xia’s Buddhist art is to spread the ethos of Buddhism and to showcase calligraphic works and paintings that embody the principles of “truth, benevolence, and beauty”. Moreover, the inscriptions he writes on his artworks consist of enlightening and educative words. He uses Buddhist paintings to propagate Buddhist teachings and to reach spiritual liberation that leads to the realm of nirvana, with glimpses into a world that is pure and serene offered for everyone to see.

The overarching theme of this edition is “Analyzing Cultural and Creative Implications”, and through a process of thesis evaluation and decisions made by the editorial board, the following four papers focusing on “Religious Culture’s Legacy and Changes” and “Studies on Xia Jing Shang’s Calligraphies and Paintings” have been selected:

(1) “Thesis on Taoist Tea from Wudang Mountains: Reexamining Taoist Tea Literature on Qianlin Tea Tree and Qianlin Tea from Wudang Mountains and Its Alchemic Traditions” by Lai Shen-Chon, Dean of the Graduate Institute of Folk Arts and Cultural Heritage, National Taipei University, opens with oral literature and myths and legends, which leads to the Taoist tea culture practiced in the area of the Wudang Mountains. Referencing records on the Qianlin tea tree found in Taoist literature from East Jin, Song, and Yuan dynasties, historical facts on the Qianlin tree and tea are examined, proposing that the incorporation of the Qianlin tea tree in the history of Taoism is associated with Yuehua Rituals and Yuepo Rituals, with evidence on its connection and context within the practice of Taoism presented.

(2) “Examining the Form-spirit Aesthetics of Bodhidharma – With Case Studies on Xia Jing Shan’s Paintings” by Yu Yow-Shyan, a Ph.D. candidate at the Department of Philosophy, Chinese Culture University, references portraits of Bodhidharma by Xia Jing Shan to examine the artist’s inscriptions which hold profound Buddhist implications and analyze the notable features observed in his Bodhidharma portraits. The analysis explores how Xia captures Bodhidharma’s masterfully wise and unhindered charisma, and departing from perspectives of religious philosophy, aesthetics with painting, and also iconography, the spiritual realm Xia has attained through art and Buddhism is also highlighted.

(3) “Reflection on the Coopetition Effects Between Religion, Politics, Art – With a Case Study on Music Censorship in Iran” by Lin Cho-I, a Ph.D. candidate at the Department of Education, University of Taipei, reflects on integrative issues resulting from religion, politics, and art through examining Iran’s ban on music, which prompts us to consider the choices between cultural resistance and cultural understanding. Similarities are shared by different cultures, and instead of resisting, different cultures should seek to understand and respect one another.

(4) “Exploring Xia Jing Shan’s Calligraphy Art ”by Chen Meng-Yi, a Ph.D. candidate at the Department of Calligraphy and Painting Arts, National Taiwan University of Arts, focuses on Xia Jing Shan, whose lifelong mission is dedicated to Buddhist art, and explores his calligraphic works which consist predominantly of Buddhist scriptures, insights he has attained on Buddhist studies, or cautionary words for people. Xia’s efforts have become an energy that guides society towards a path of positivity and benevolence. The paper seeks to look into the inscriptions on Xia’s paintings with step-by-step organization of the various scripts used and also changes Xia has developed throughout the years, with additional analysis on the notable features observed in his recent calligraphic style.

Editorial Board of Journal of Xia Jing Shang’s Art